We are rightly proud of the longstanding reputation WildWings has for new and and innovative seabird tours and we plan to continue offering these over the coming years. We have listed below details of some of the expedition voyages we are planning and if any of these are of interest, please contact us to register as those who have done so will have priority when bookings open.

The Pacific Ocean is home to many unique and poorly known seabirds and on this potentially one-off expedition, we will go in search of one of the rarest and most enigmatic, the critically endangered Fiji Petrel.

The trip will also visit the island where both Vanuatu and Magnificent Petrels are known to breed and we will also look for a spectacular range of rarely seen endemic landbirds including Vanuatu Megapode, Orange Fruit-Dove, Vanuatu Kingfisher, Taveuni Silktail and Royal Parrotfinch. 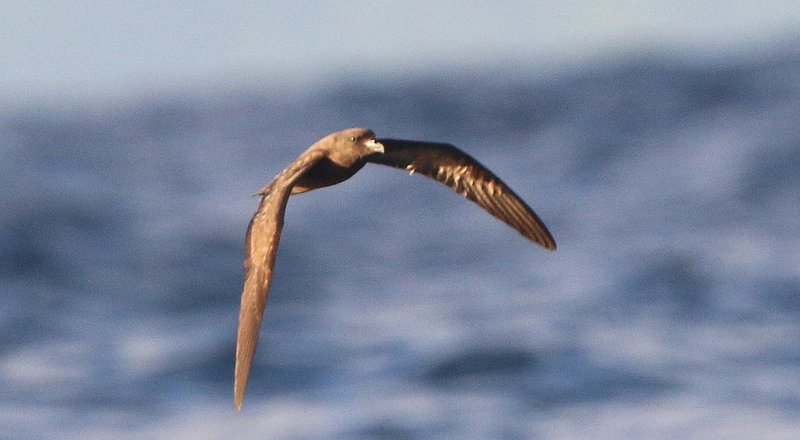 Fiji Petrel - this species is one of the least known seabirds on the planet with an estimated world population of under 100 birds. We plan to chum for it off Gau which is the island where the birds are believed to breed and where this photo was taken © Chris Collins 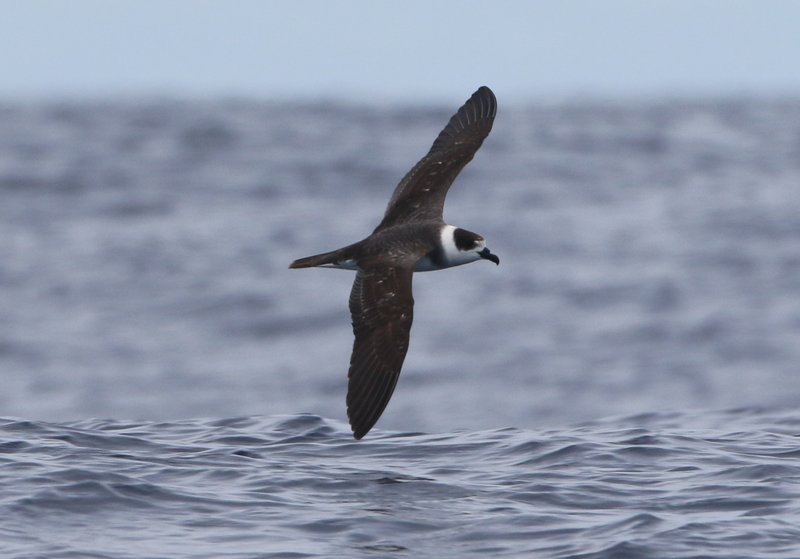 Vanuatu Petrel - this is another poorly known seabird which is sometimes treated as a subspecies of White-necked Petrel. Given the radically different environments where they breed, however, this treat is highly questionable and regarding this as a full species seems entirely reasonable. The birds can be seen off Vanua Lava in northern Vanuatu in the first few months of the year (which is when this photo was taken) and we plan to be offshore there in the evening as the birds gather before heading ashore to their colonies © Chris Collins

Quest for the Bermuda Petrel - dates to be confirmed

Once considered to be extremely common with a population possibly in the millions, the Bermuda Petrel, or Cahow, suffered a catastrophic decline after Europeans reached the Caribbean and even by the beginning of the 1600s, the bird was clearly rare and for the next three hundred years, the presumption was that it had probably become extinct.

This was, however, not the case and in 1951 a tiny breeding population was discovered and since then, a dedicated team have helped the birds slowly increase in numbers and there are now over 130 pairs.

On this special trip, led by seabird expert Bob Flood, we plan to visit Bermuda in the best point in the moon cycle. This is considered the prime month to see this highly endangered species as the adult petrels will be returning to their burrows but younger unpaired birds will also be offshore as they look to pair up and begin exploring breeding opportunities.

Our trip will combine a series of small boat pelagics with a visit to Nonsuch Island where researchers started a translocation programme in 2004. This has proved highly successful and there should be an opportunity to see this special bird in the hands of the researchers.

More information will be published soon but please use our online form to register your interest as we anticipate high demand for this special tour.

In the Wake of the Bounty - dates to be confirmed

After hugely successful expeditions in 2014 and 2018, WildWings plans to return to some of the most rarely visited parts of the Central Pacific with an exciting voyage to some truly iconic islands as well as looking for a fantastic range of speciality seabirds.

Sailing from eastern French Polynesia, our itinerary will include well-known islands such as Pitcairn and Henderson, however, we also hope to visit less renowned locations, such as Oeno which has some spectacular seabird colonies and at least one of the islands in the Acteon archipelago which is now one of the few places where Tuamotu Sandpiper can be found. 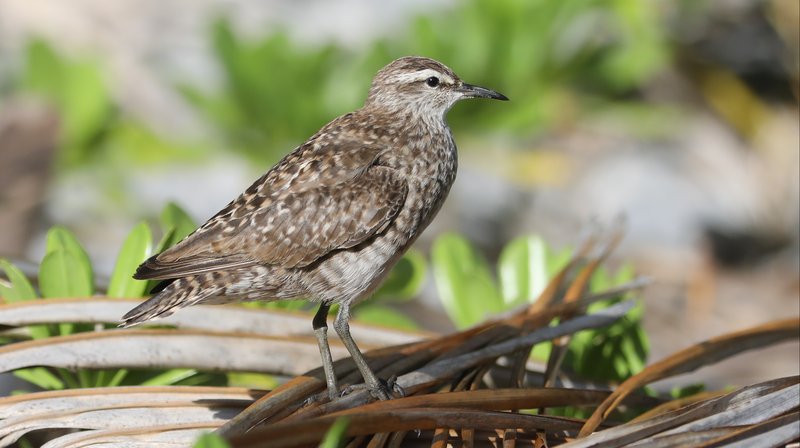 Tuamotu Sandpiper - the population of this fantastic and engaging shorebird has been radically reduced due to introduced predators, however, it is reasonably numerous on the handful of islands where it is still found. We plan to visit at least one of these islands on our "In the Wake of the Bounty" expedition cruise © Chris Collins 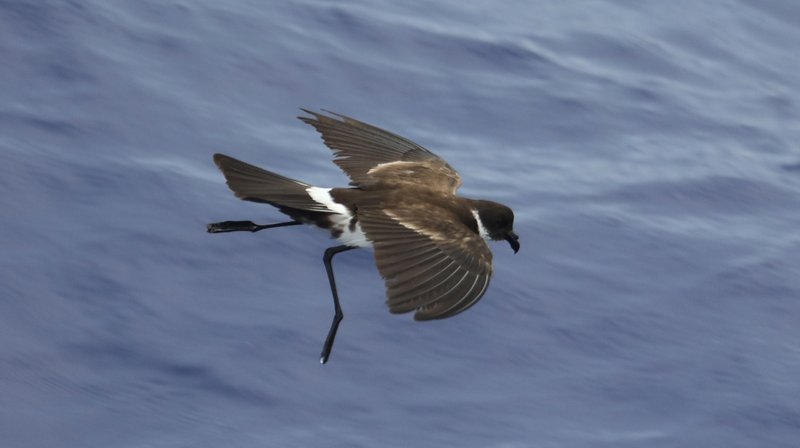 Polynesian Storm-petrel is tricky to see anywhere and the limited evidence which is available suggests that the populations continue to decline. The Central Pacific is, however, probably the most reliable place to see it and by chumming at some sites where we have seen it before, we are hopefully of finding it along with the poorly known Titan Storm-petrel which should undoubtedly be treated as a full species given the plumage and size differences from the more widespread White-bellied Storm-petrel © Chris Collins

The Humboldt Current is rich in speciality seabirds and we plan to make a return visit to this special area in the next couple of years. Our trip is planned to start in Chile where there is likely to be a pre-voyage extension to look for the recently described Pincoya Storm-petrel. We then intend to sail northwards from Valparaiso in Central Chile and hope to see species such as Swallow-tailed Gull, Peruvian Tern, Inca Tern, Humboldt Penguin, Waved Albatross, Hornby's Storm-petrel, Markham's Storm-petrel, Stejneger's Petrel, Pink-footed Shearwater, Peruvian Diving Petrel, Peruvian Booby and Red-legged Cormorant. 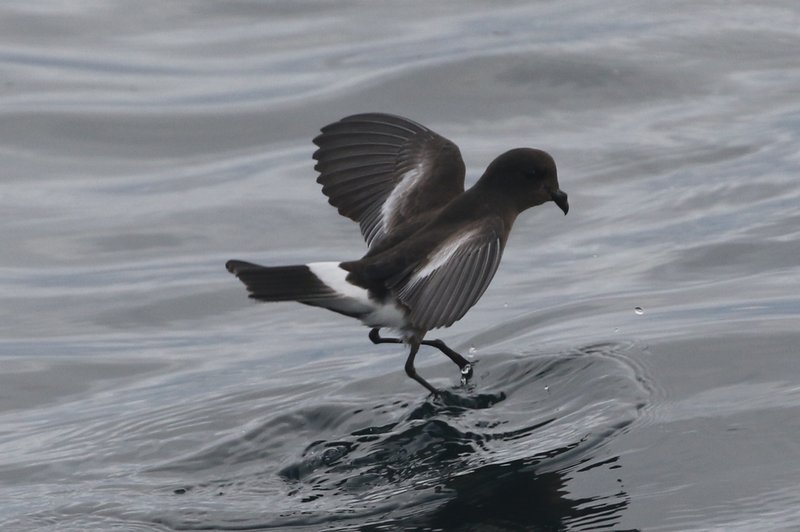 Pincoya Storm-petrel was only described in 2013 and seems to have an extremely restricted range in the Chilean Fjords near Puerto Montt. We plan to offer a pre-tour extension to look for this species before joining our ship for the voyage northwards

We will also offer some excursions to look for land birds as our ship sails north with possibilities including the critically endangered Chilean Woodstar and speciality endemics such as Moustached Turca.

Galapagos - dates to be confirmed

We plan to make a welcome return to the islands made famous by Charles Darwin with a whole ship charter to not only look for the endemic landbirds but also the speciality seabirds including the Waved Albatross, Flightless Cormorant and Galapagos Penguin. 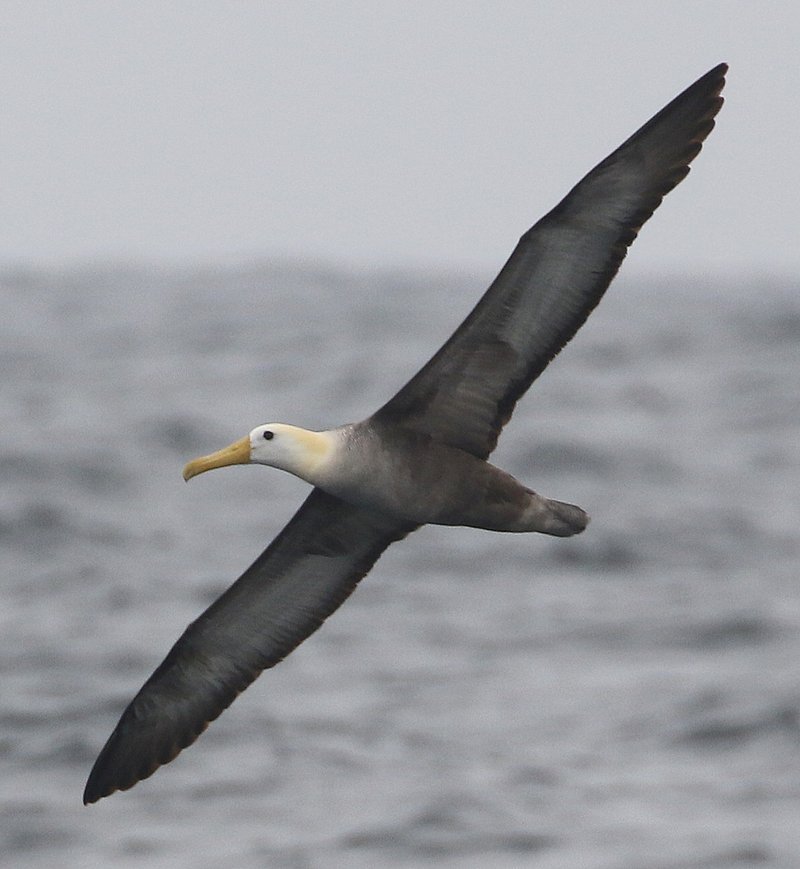 We are in the early stages of looking at options for visiting the Subantarctic Islands of the Southern Indian Ocean and our desire is to be able to offer a trip which would take in islands such as Crozet, Kerguelen, Amsterdam and potentially Heard. 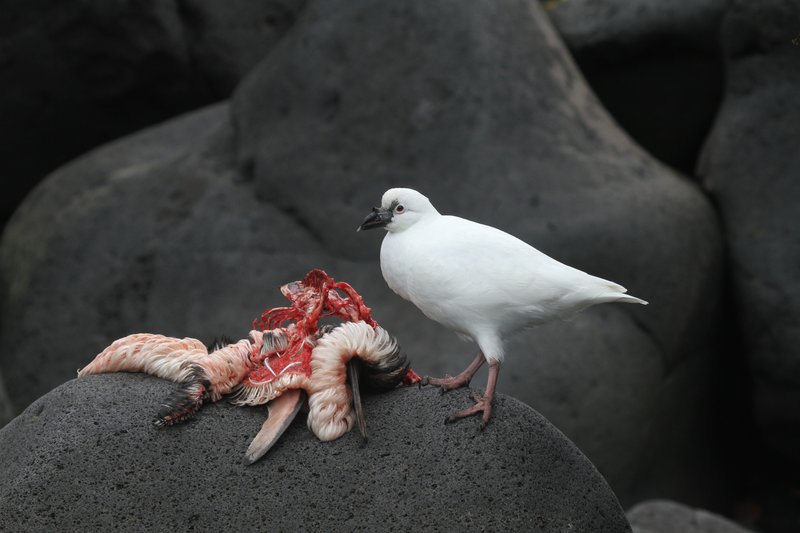 Only found on the Southern Indian Ocean Subantarctic Islands, the Black-faced Sheathbill has been seen by very few birders but ashore on islands such as Heard (where this individual was photographed), it is not uncommon.

This would allow us to look for some very special seabirds including Amsterdam Albatross, Black-faced Sheathbill and MacGillivray's Prion.

In Search of the Mascarene Petrel - dates to be confirmed

We are planning a seabirding trip taking in Mauritius and Reunion where the primary objective is to look for Mascarene (Black) Petrel. This expedition cruise will also look for the many land endemics which can be found on some of these islands.