During the summer months, the Brown Skuas regularly "attack" the Gentoo Penguin colonies attempting to steal both eggs and younger chicks.

Antarctica is like nowhere else on Earth, a huge continent of dramatic ice-covered mountains, vast snowfields, innumerable glaciers, colossal icebergs and some fantastic wildlife, making this a truly unique holiday to a location which only a tiny percentage of the world’s population has been privileged enough to visit.

Generally, the season begins in November and runs until March and every month has its own special highlights. For those visiting at the beginning of the season, there is a lot more snow and ice (especially in the South Shetland Islands) and the penguins will have only just started to nest. By Christmas, it is mid-summer in the southern hemisphere (with almost 24 hours daylight) and the first of the Gentoo Penguin chicks will be hatching. It is then a constant rush for the adult birds to fetch food for their youngsters, dodging the attention of Orcas and Leopard Seals in the water and Brown Skua ashore. Depending on the location, the chicks will typically start to form creches in January and by early March, tranquillity returns to the beaches as the birds head to sea for the winter. 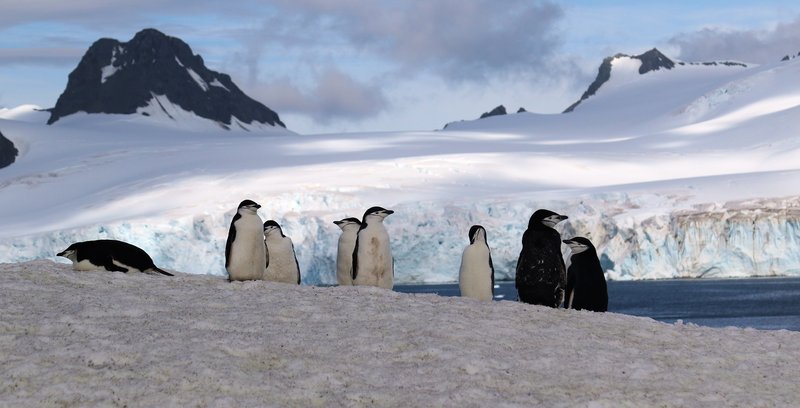 Antarctica is, however, about so much more than ‘just penguins’ and it is almost impossible to put into words, the breath-taking scenery of this very special place. Ice and snow will be a constant feature as your ship cruises between landing sites and on most occasions, you can expect two activities each day with these being a combination of landings and zodiac cruises. 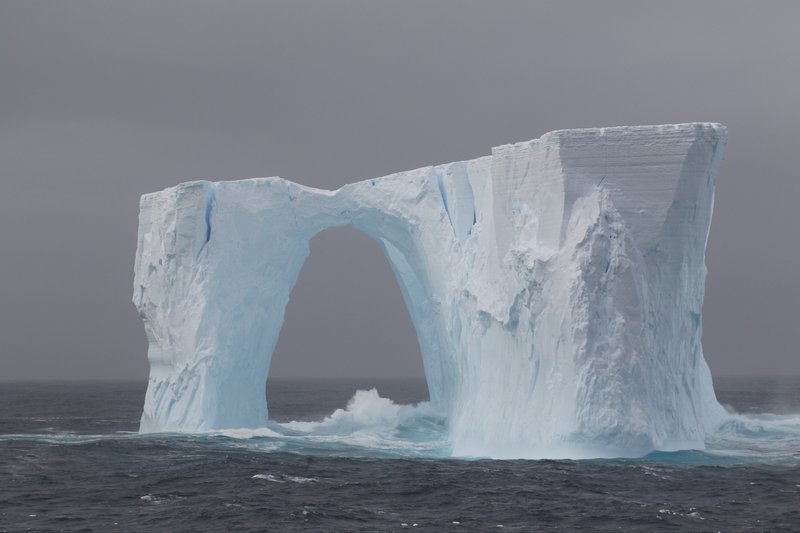 Occasionally some amazing icebergs are encountered in the Drake Passage

Whilst every voyage is unique, most will offer you the opportunity to visit colonies of Chinstrap, Adelie and Gentoo Penguins. There are also excellent chances of Weddell and Crabeater Seals and as the days slowly start to shorten, the chances of finding Leopard and Antarctic Fur Seals generally increases. Almost irrespective of when you visit, you can expect to see Humpback Whales (with the highest numbers being at the end of the summer) and whilst wildlife can never be guaranteed, there are also opportunities to see Orca (Killer Whales) throughout the summer months.

As well as visiting the Antarctic Peninsula, most expeditions also make landings in the South Shetland Islands which are a little to the north of the Peninsula and have a marginally milder climate. For birders, a stop here is important to see Chinstrap Penguins, as these are much less numerous around the Antarctic Peninsula itself. The South Shetlands are also where some of the most popular landings are located with one of these being Deception Island, a volcano with an extraordinary flooded caldera which the expedition ships are able to sail inside.

Although some companies now offer the opportunity to fly from Chile to the South Shetland Islands, we recommend a voyage which sails from South America, as there is plenty to see in the Drake Passage which you will not encounter around the Antarctic Peninsula. Although notorious to mariners for the swells, storms and inclement sea conditions, in reality, you will be unfortunate to encounter really bad weather on the crossing and the two days at sea provide a perfect opportunity to look for a great variety of seabirds. Snowy (Wandering), Northern Royal, Southern Royal, Black-browed, Grey-headed and Light-mantled Sooty Albatrosses are all possible, along with both Giant Petrels, Southern Fulmar, Cape, Snow, Soft-plumaged, Blue and White-chinned Petrels. Amongst the smaller species, both Wilson’s and Black-bellied Storm-petrels are regular, as are Antarctic Prions, and with perseverance and a degree of luck you could see something less common such as Antarctic or Grey Petrel, Great Shearwater or Rockhopper Penguin. 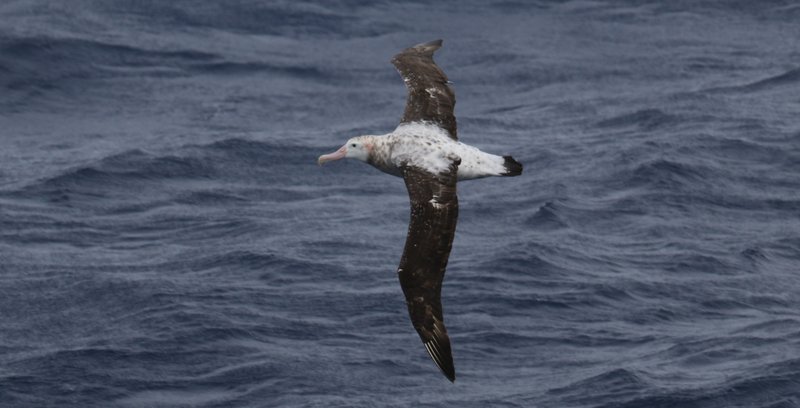 Whilst you are cruising around the Antarctic Peninsula, Humpback and Antarctic Minke Whales are the most likely species, but a much wider variety of cetaceans are present out in the deeper water of the Drake Passage. Once again, it is a case of being out on deck, ‘putting in the hours’ and hoping that luck is on your side but Blue, Fin, Southern Right and Sperm Whales are all possible, as are smaller species such as Strap-toothed Beaked Whale and Hourglass Dolphin. Indeed, we strongly recommend always having a camera to hand as photos are often the best way of identifying the trickier species.

Except for those who choose to fly to the South Shetland Islands (something we also do not advise due to the not infrequent delays), most voyages sail from Ushuaia, a small town of c.60,000 people, which sits on the northern side of the Beagle Channel in the extreme south of Argentina.

With excellent birding nearby at both the Tierra del Fuego National Park and around the Martial Glacier which overlooks the town, we recommend allowing time before your voyage to visit these stunning locations. Local specialities including Magellanic Woodpecker, White-throated Caracara and Magellanic Horned Owl can be found at the national park and the scree slopes and woodlands around the glacier offer chances for White-bellied Seedsnipe, as well as Thorn-tailed Rayadito, Austral Thrush and Andean Condor.

WildWings have been assisting clients in visiting Antarctica for almost 30 years and Chris Collins (WildWings Managing Director) has made over 50 trips to the “Great White Continent” working both as Expedition Leader and wildlife guide so we are very well placed to advise you on the multitude of options which are available. 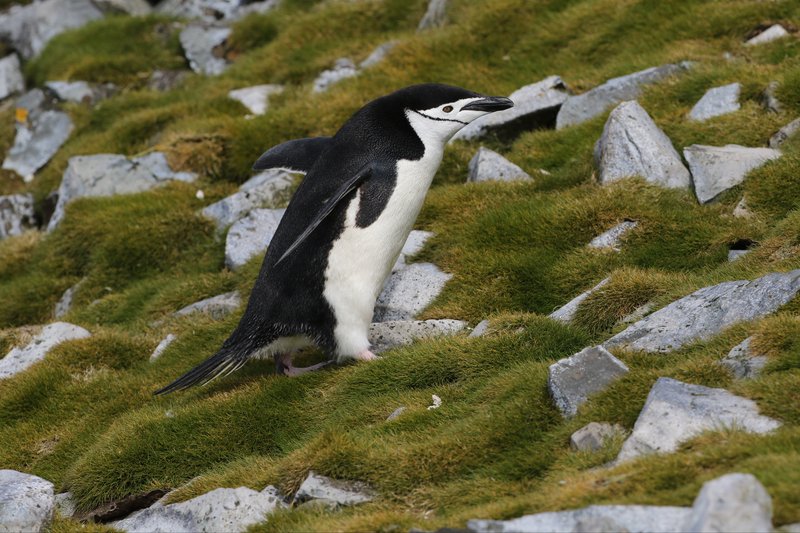 Although Antarctica is not usually associated with green vegetation, there are a few places in the South Shetland Islands where this is present making the transit between the sea and their colonies somewhat easier for the Chinstrap Penguins. 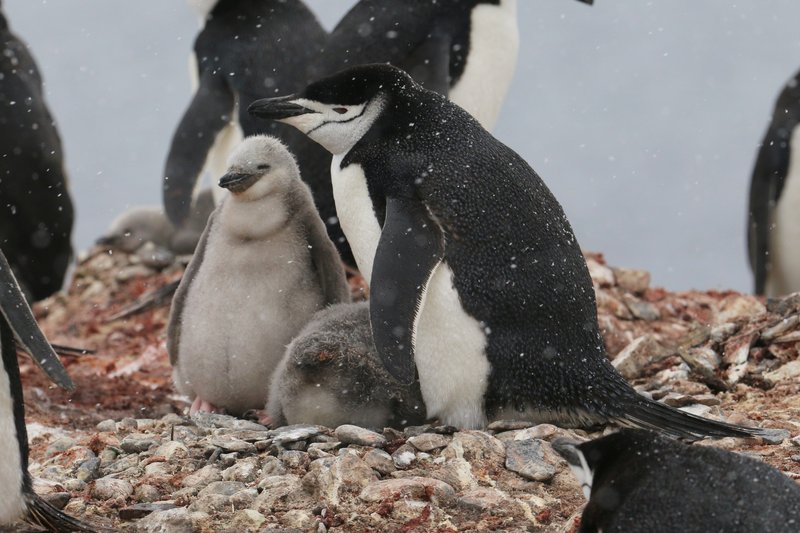 The South Shetland Islands are usually where most expedition ships stop to see Chinstrap Penguins. 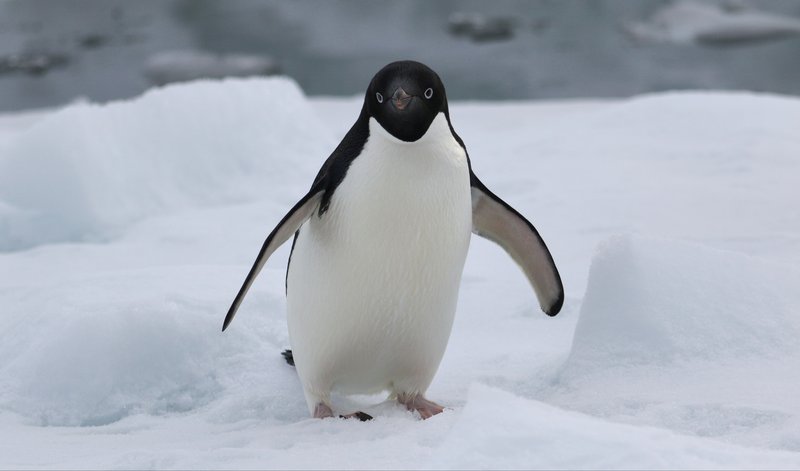 The Adelie Penguin is one of only two species of true Antarctic penguins as all other species which breed in Antarctica also breed on the subantarctic islands. Although the number of Adelie Penguins has declined markedly around the Antarctic Peninsula, there are still a number of reliable sites for this species and on most expedition cruises, one can expect to see Gentoos, Adelies and Chinstraps. 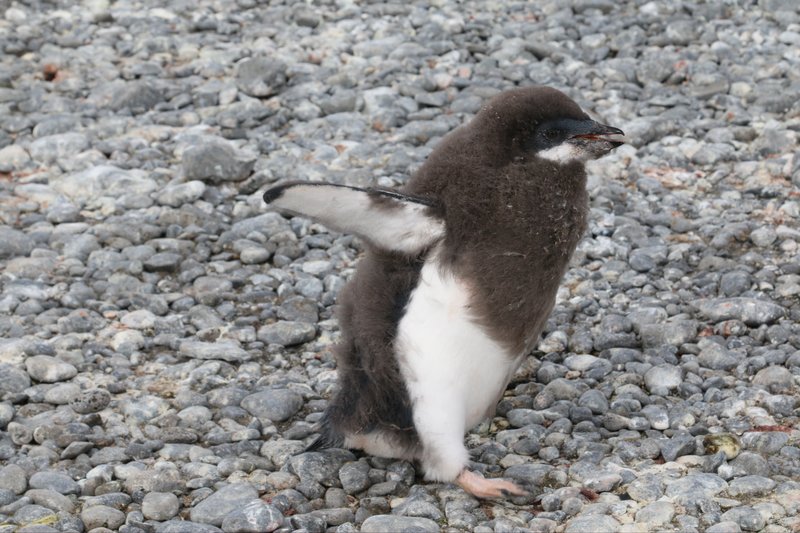 By February, the Adelie Penguin chicks are starting to moult into their forst coat of proper feather and begin to lose their brown down. 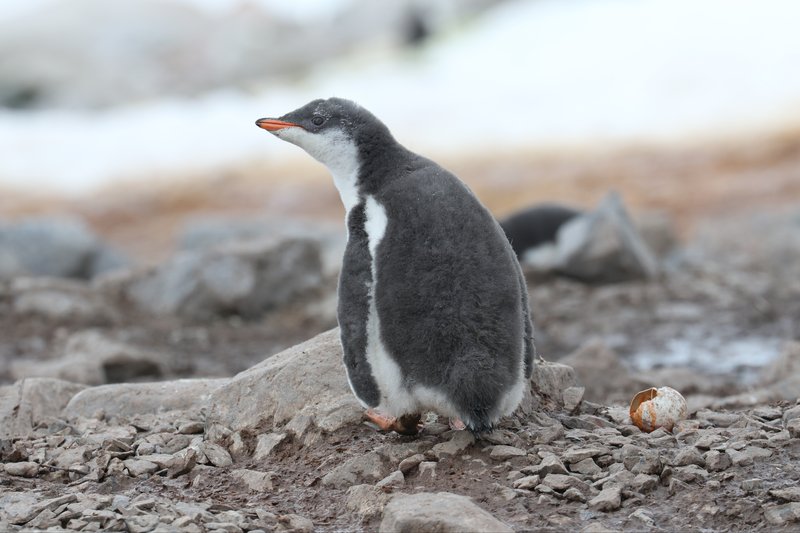 Depending on the time of a visit will determine what stage in the breeding cycle one gets to witness and by February the Gentoo Penguin chicks in the South Shetland Islands are starting to approach adult size. 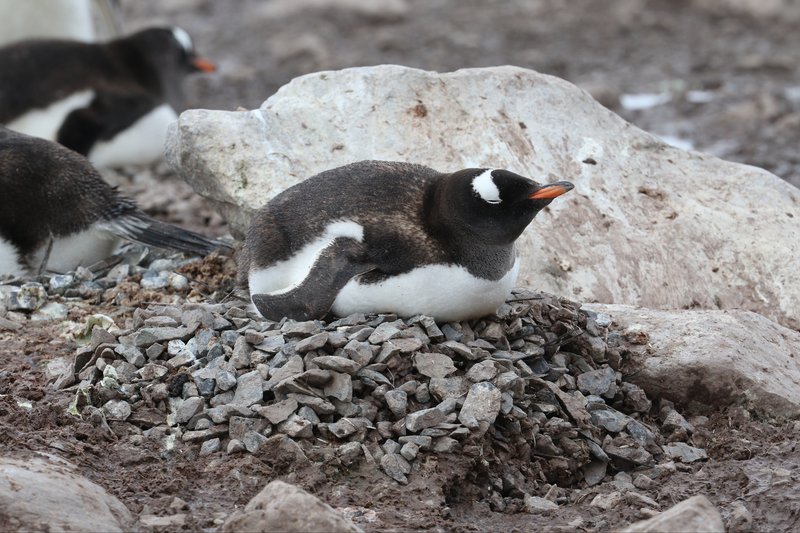 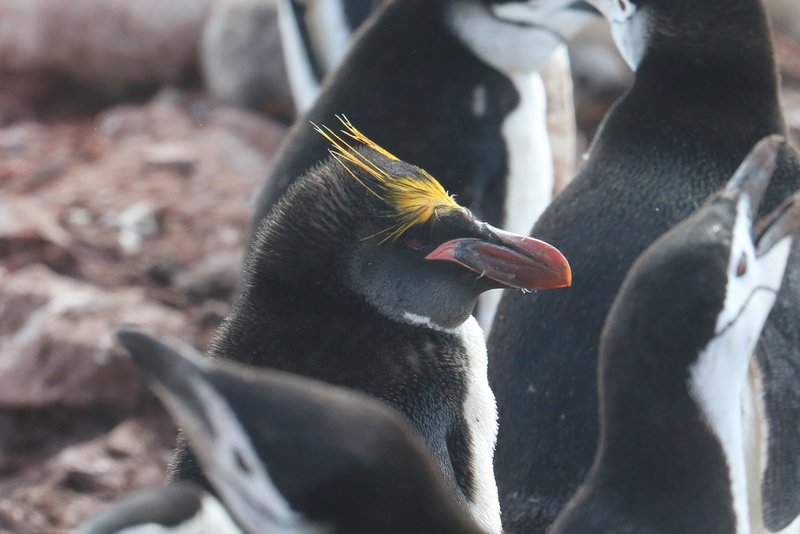 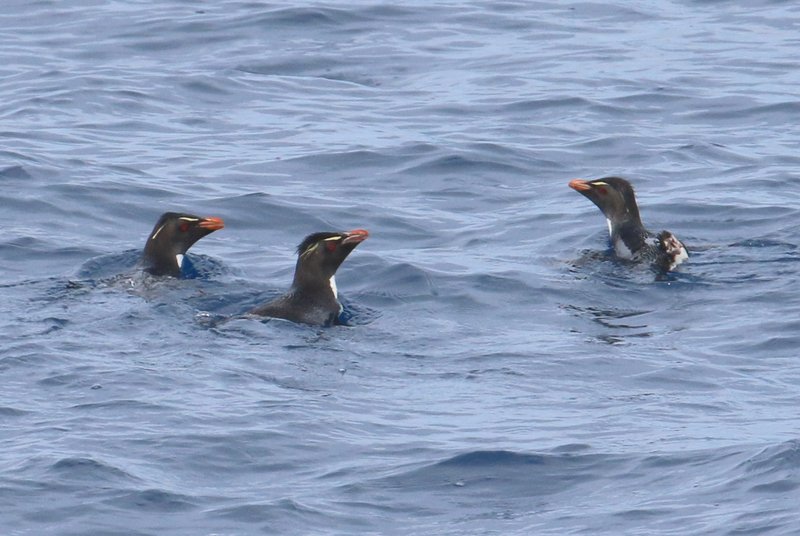 With a combination of good fortune and persevering, it is sometimes possible to see Rockhopper Penguins in the Drake Passage. 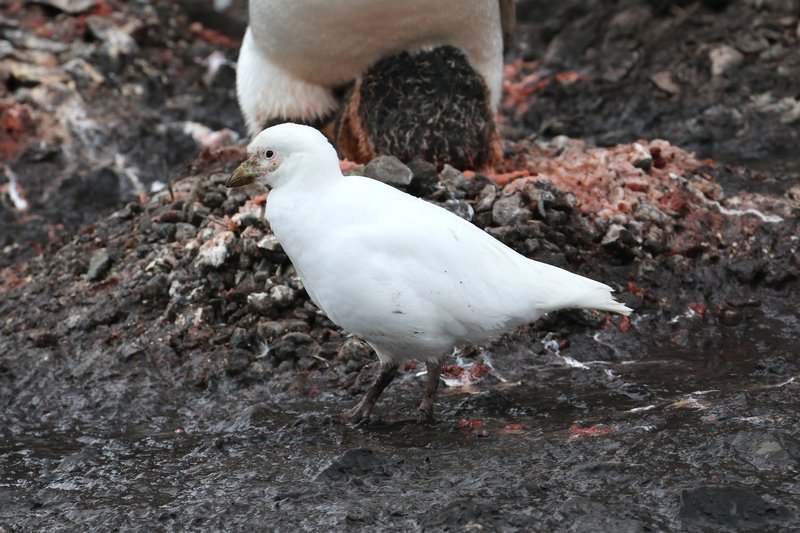 The Snowy Sheathbill can often be found scavenging around penguin colonies. 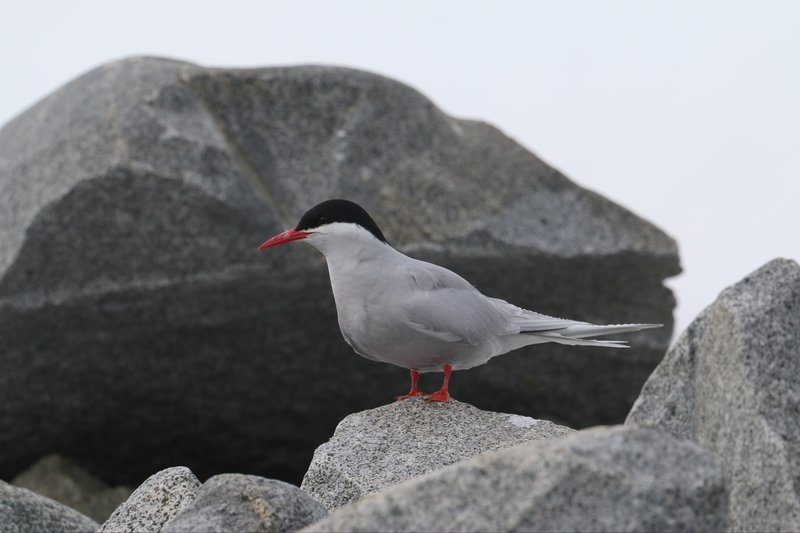 It is possible to see Antarctic Tern around the Antarctic Peninsula and in the South Shetland Islands. 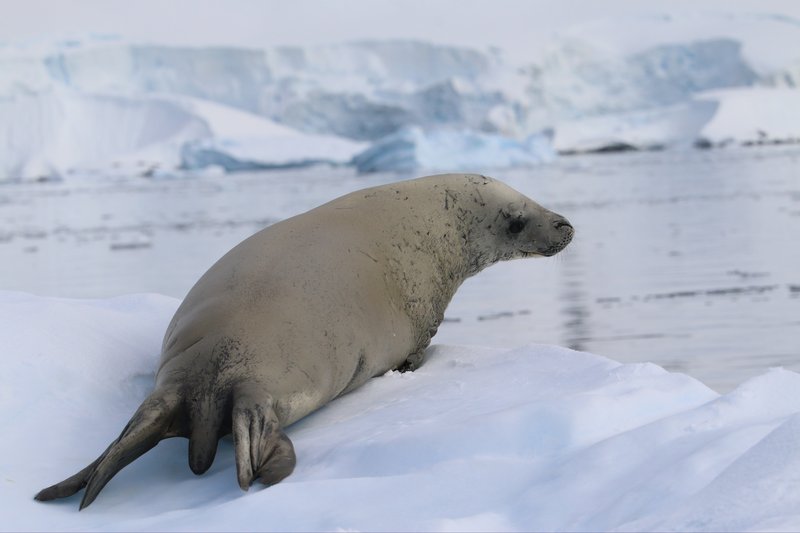 The Crabeater Seal is generally the most frequently encountered seal species on a trip to the Antarctic Peninsula, indeed this species is believed to be the commonest seal in the world. It is, however, amongst the worst named species on the planet since it does not eat crabs (as there are no native ones in Antarctica) but rather krill !! 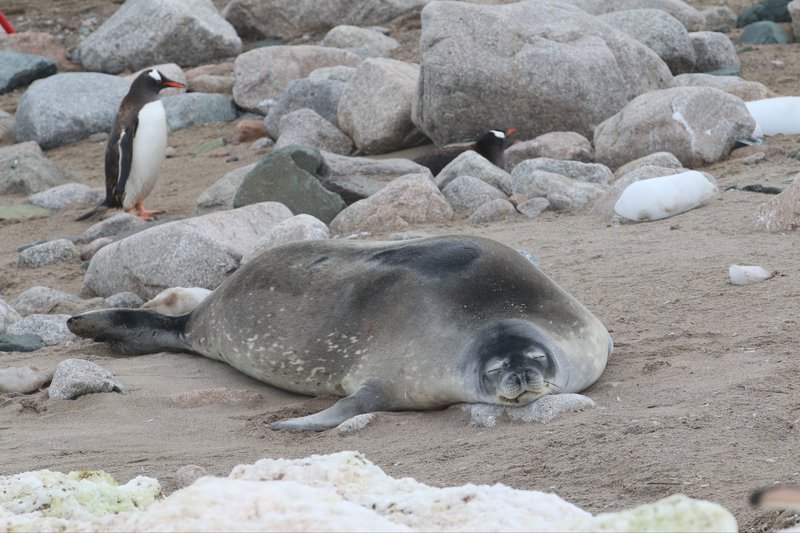 Weddell Seals are usually found at some point on most trips to the Antarctic Peninsula, however, they are often sleeping as they will generally feed during the night or twilight hours. 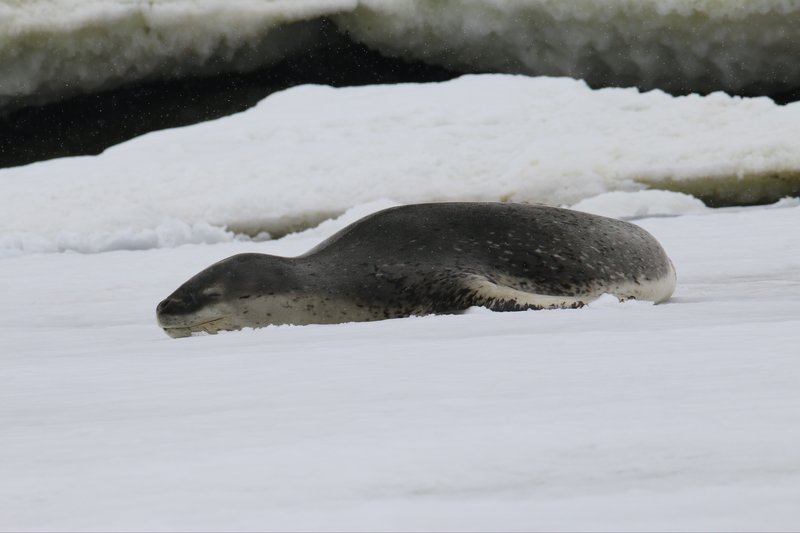 With its almost reptialian head, the Leopard Seal is very distinctive. 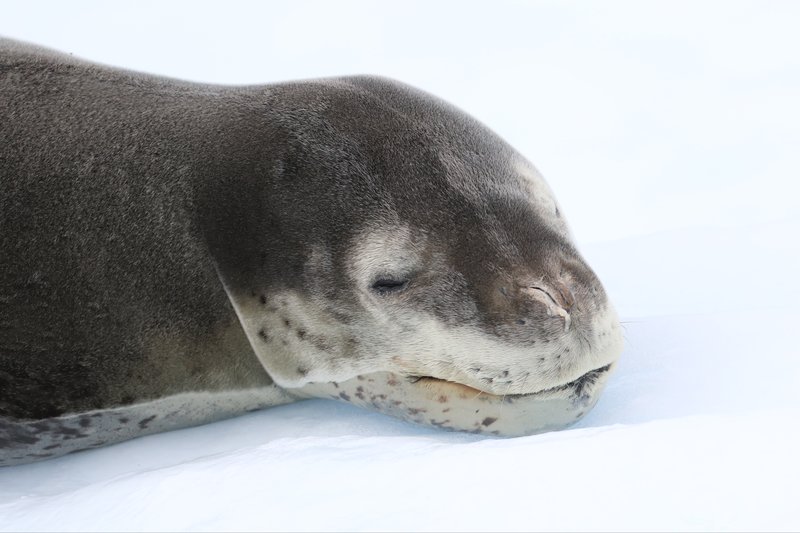 The Leopard Seal is one of the top predators in Antarctica and whilst they can sometimes be seen resting on ice floes throughout the Antarctic summer season, when the young penguins start to go into the sea for the first time, these apex predators will congregate off the colonies where there is easy feeding..... 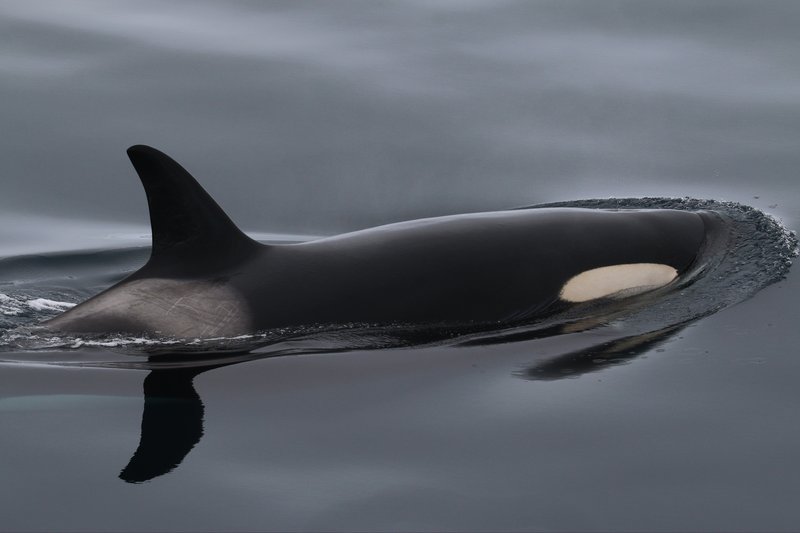 Whilst there are never any guarantees, Orca are seen periodically on trips to the Antarctic Peninsula and occasionally allow a close approach. 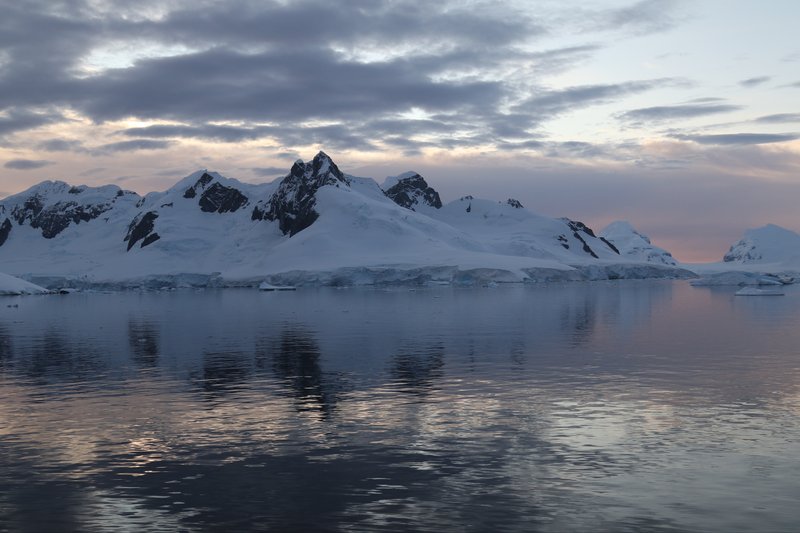 The scenery in Antarctica is truly breathtaking and as the summer starts to come to an end and the days shorten, the sunsets can be very impressive.

Although some operators do offer "fly in" trips to the Antarctic Peninsula, we do not recommend these as this misses the opportunities to look for seabirds in the Drake Passage including Wandering Albatross.